About the benefits of tea for health

As you know, tea drink consists of a fairly complex combinations of different substances, the effect of which on the human body has a beneficial benefit.
With comprehensive positive effect on the human body, gently and gradually sanitising it, in its composition tea has about 300 different chemical compounds, biochemical role which is huge for the human body. 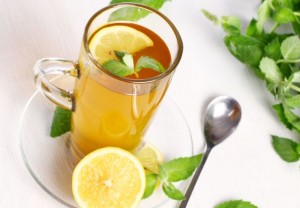 It should be noted that the usefulness of tea depends on the varieties of tea beverage, because of the tea benefits for health will tell you different sorts of tea. Today we distinguish the following types of tea: green and Jasmine tea, Oolong tea Kudin, Puer tea is a healer.
In addition, there are a few facts about the usefulness of a tea beverage for the human body. For example, the treatment is considered green tea and all its variants. Then the degree of health benefits emit the red and yellow varieties of tea, then black tea. Also, you should know that loose leaf tea is more beneficial than tea dust. The composition is rich and full of the tea that is grown in the mountains, not the plains. Ceylon teas contain less caffeine than the Chinese varieties of tea beverage. More fortress has tea, whose varieties are composed of small upper leaves, in contrast to the rough bottom of the tea leaves.
Due to the content of a large number of chemical compounds and organic acids, mineral substances and vitamins, proper brewing and drinking the tea may have benefits for the human body a wide spectrum of action.
Strong tea is able to normalize the digestive processes, which is possible because of the strong bactericidal action tetanine. In addition, green tea is effective for the treatment of infectious diseases of the digestive system. Also drink tea promotes adsorption and further removal of harmful elements from the human body.
Tannin and caffeine contained in the tea drink, help the cardiovascular system, namely: normalize the heart, dilate the blood vessels, normalize blood pressure. And iron salts and vitamin e help strengthen blood circulation, strengthen the walls of blood vessels, which entails strengthening the liver, lowering cholesterol levels in the blood, the blood saturation with vitamins.
It is well known that during colds, tea is useful as a diaphoretic and tonic, and stimulant of the respiratory activity.
Diuretic effect of tea beverage stimulates the kidneys, which is possible due to the content of such substances as caffeine and theobromine in tea. As a cleanser for the liver and kidneys from unwholesome content of harmful substances, tea drink also contributes to the accumulation of vitamin C in the internal organs that gives the body resistance to various diseases.