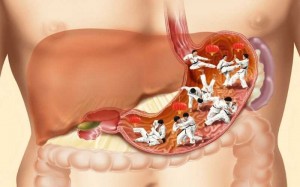 Almost every adult has heard about the existence of metabolic processes that regulate the functioning of our body. But very few people can guess that in the organism fails in metabolism. Nothing hurts, nothing to be worried about, just slow down or speed up some processes – is it really that terrible?

But other than “negligence” to your health, this approach cannot be called. The imbalance in metabolism at first faintly noticeable. And with long-term presence in the body, metabolic disorders can cause obesity, diabetes and other unpleasant diseases.
However, some characteristic features and prerequisites when metabolism. Moreover, quite a lot of them – we are interested in the most obvious of them. Such a prerequisite may be considered a question of diet. First of all there is a problem with the metabolism of those who feed correctly from the point of view of a healthy lifestyle. In the modern world negligent approach to the breakfasts and dinners have long been a natural. In addition, some people prefer to use harmful diet, hunger strikes and other similar techniques to lose weight that is not less dangerous than overeating. So if you want normal metabolism, make friends with a nutritionist.
Often changes in the body begin due to constant nervous strain, i.e. stress. You need to understand that the regulation of metabolic processes involved in the nervous system and at the same time it is the main load during experiences and nervous breakdowns.
Sometimes the culprit changes in metabolism may be the age factor is therefore recommended to undergo a medical examination as often as possible, and not once in five years, as is common in many people.