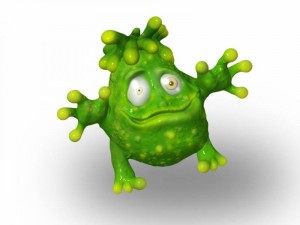 Cystitis is a fairly common urological disease that is caused by inflammation of the bladder due to hypothermia, hormonal disorders, vitamin deficiency, stagnation of blood, antibiotics, bladder injuries, etc. Also in medicine cystitis is called symptomatic urinary infection, accompanied by inflammation of the mucosa and impaired function of the bladder.
This is taken into account when selecting drugs for the treatment of cystitis. Most often the disease develops in women, due to anatomical reasons. Cystitis in men usually occurs on the background of prostatitis and urethritis, i.e. when the normal outflow of urine.
Causes and symptoms of cystitis
The primary causative agent of cystitis include bacteria, parasites and fungi that fall through the urethra into the bladder. Also the cause of the disease can become inflamed after intercourse. Some people to be allergic to perfume soap, talcum powder, vaginal deodorants, colored toilet paper.
Children and adults who suffer long before urination, the most prone to cystitis. Sometimes the disease can be due to a tumor. Therefore, before prescribing treatment and the choice of medication to treat cystitis initially need to identify the cause.
Basically, the symptoms depend on the severity of the disease. For example, acute cystitis is accompanied by pain during urination, which starts to happen often. The nature of pain reminiscent of a burning sensation. The patient feels some discomfort. The color of urine may be cloudy with blood, and the smell is a strong characteristic. While one may feel pain in the lower back and worsen overall health. In the chronic form the symptoms are almost absent, but may occasionally occur in the form of frequent urination, and cold – in the form of symptoms of the acute stage. In children and the elderly symptoms are not so obvious and can manifest as fever, abdominal pain, and nausea.
Treatment of cystitis
When pain when urinating and discomfort in the abdomen, most of us begin to choose the medications from cystitis. However, such inadequate treatment often results in a worsening condition.
The treatment plan included the appointment of urbanisation and anti-inflammatory drugs. When bladder infection antibiotics are prescribed depending on the type of pathogens, to determine which is carried out bacteriological analysis of urine.