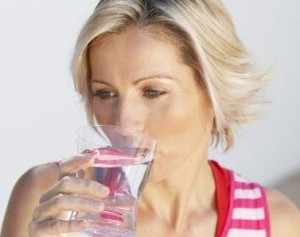 Hiccough is a myoclonus that repeats the contraction of the diaphragm, closes fast and loud vocal cords, which regulate the air through the throat.
Hiccup develops when the affected nerves that irritate the diaphragm (the muscle that distinguishes, the chest from the abdomen). It could be a nerve that leads to the diaphragm, or, conversely, from her, and nerve, which extends from the brain of the head, controls the breath because it reduces the diaphragm for breath.
Usually a momentary hiccup. If hiccups lasts long, exhausting, not terminated or interrupted only by sleep, it is a symptom of a serious illness.
Hiccups are not very dangerous. It starts suddenly, without any reason and stops itself after a few seconds or minutes. Sometimes hiccups are triggered by swallowing hot food or annoying and liquid. A less common but more serious cause of hiccough is when irritated diaphragm with pneumonia, if the operation of the chest, or stomach, or increased content in the blood of harmful substances. A rare case of the hiccups occurs when affects the respiratory center, which is located in the brain of the head, due to a brain tumor or stroke. These diseases cause heavy prolonged hiccups, which is very hard stops.
Diagnosis hiccough discovers its cause. The doctor may ask how long lasts hiccups than she is provoked, which could make it stop. It may require consultation with a neurologist, gastroenterologist, neurologist and psychiatrist.
To fight hiccuping, you can use home remedies. They are based on the hiccuping stopped when the blood is accumulated carbon dioxide. To stop hiccuping can holding your breath, as this is the most common type of deliverance hiccough. Also, stop hiccuping can be breathed into a paper bag. Also suppress hiccups will help the stimulation of the vagus nerves that go from the brain head to stomach. To do this quickly drink water, swallowing dry bread or ice shards, gently pull the tongue and do gently massage the eye. Many people these methods help to get rid of hiccups.
If the hiccups constantly ongoing, need to be treated more intensively. This will help some medications, such as scopolamine, chlorpromazine, meterazina, reglan, baclofen, valproate sodium, or calcium.