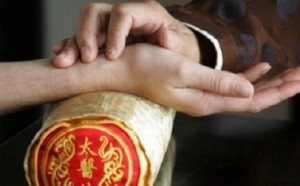 The ancient Indian practice of Shirodhara is incomparable sensations and moreover a sense of relaxation reaching the bone marrow. What is this ancient Indian magic?

Shirodhara is known, under the name “massage of the third eye”. Based on Ayurveda, she has become the most unusual and pleasant relaxation. The history of this procedure covers the Millennium. Translated from an Indian Shirodhara means – Shiro – head, dahra – current, flow. The technology is as follows: on the third eye area of the prepared vessel was poured brought to the required temperature healing oil, which slowly drips on the front surface of the face. Stream from time to time changes its direction, soaking the scalp and hair. The procedure is quite exotic and an hour of therapy, the body tolerates the feeling of immersion in the serenity and harmony, yet often enough and 20-30 minutes. Moreover, such procedures deep tone the entire body, its nervous system and even smooth wrinkles on the face.
It is important to note that the area of the third eye is considered a key energy centers of man. He is responsible for the harmonious state of body energy. No wonder, since ancient times, Eastern deities were depicted as three-eyed creatures. Thus, Shirodhara not only introduces a state of relaxation to the whole body, but also relieves stress, nervous imbalances, promotes sound sleep and cures migraines. Also Shirodhara promotes intensive skin rejuvenation.
In 2008, a group of Japanese scientists headed by doctor of Kazuo Ababa studied the effect of Shirodhara on the person. The subjects for seven days performed procedure serority taking measurements by change of state. All, without exception, study participants showed a decreased level of anxiety, their content increased so-called happiness hormone in the blood and increased the number of cells of lymphocytes (lymphocytes are struggling with alien cells).
There are and warnings. Not recommended this treatment to patients with severe mental disorders, pregnancy and allergies to oils and their components. Also contraindicated in tumors.