Quit Smoking is difficult, but possible! 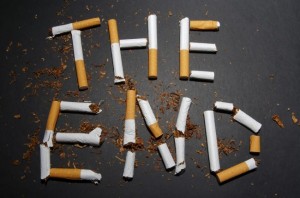 70 percent of Russia’s population is affected by this pernicious habit, but everyone can choose to risk their health or to stop Smoking once and for all. It should be noted that Smoking cessation leads to many problems, especially psychological plan.

But any smoker should prepare for an unpleasant and lasting consequences in the form of cough, sweating, headache, sore throat, stomach upset, irritability, depression and so on. Women can expect weight gain.
Challenges on the first day of not Smoking and subsequent Smoking days, the discomfort will increase. The main thing to endure this difficult period, then problems will start to leave. The most critical time is the first couple of weeks. According to many smokers craving for cigarettes will pursue all my life, but after some time after a failure it will be negligible and will not interfere with life.
Many smokers quit Smoking by way of gradual decrease in the number of cigarettes. If you have decided to quit Smoking this way, increase the intervals between breaks, cigarette Vicariate only half (the second half more nicotine and tar).
Do not justify yourself the option of switching to light cigarettes. First – not necessarily that they have less nicotine and harmful substances. Second – when Smoking a weak cigarettes happen large torque, so the desired effect is not achieved.
Experts believe that the options cessation method phase-out is not particularly promising, however, a certain effect for people who smoke a lot there. Best quit Smoking simultaneously.