Radiopaque study after autovenous grafting of blood vessels of the extremities

In the last two decades, surgery of the great vessels has achieved significant success. This was facilitated by experimental and clinical research aimed at finding improved techniques and methods of operations.

The observations allowed the clinicians more likely to abstain under favorable conditions from ligation of arteries, preferring to reconstructive surgeries.

When fresh damage to the main arteries of the limbs indication to the plastic was the presence of diastasis between the ends of the damaged vessel, the value of which exceeded 2 cm. The need for plastics in such cases stemmed from the fact that when you try to impose vascular suture end-to-end defect when more than 2 inches every time it is possible to note the narrowing of the vessel lumen, which often was the cause of the thrombosis and the eruption of the seams. 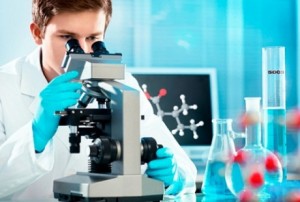 Moreover, the convergence of the ends of the damaged artery demanded their mobilization for a considerable distance, which undoubtedly had a negative influence on the trophic vascular wall.

Previously proposed for plastics arteries Homo – and hetero-transplants are not received at the clinic of wide application, as they do not fit into the recipient’s body, eventually replaced by scar tissue and destroyed or trombiculiasis.

In addition, not completely eliminated their antigenic properties. With regard to synthetic prostheses, they proved to be unsuitable for grafting of arteries of medium and small diameter due to the fact that fast trombiculiasis.

The use of such autotone, peritoneum, intestine, pericardium, the artery cannot go beyond the experiment, since the transplant operation is more complicated than the plastic itself.