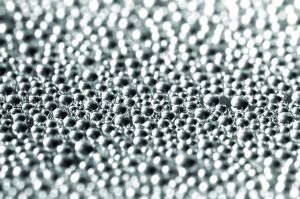 Despite the fact that silver on the planet is many times more than gold, it is still considered a rare precious metal. In nature, silver can be found in the form of ingots, but, as a rule, it is in combination with various metals, most often copper or lead.
Silver is fairly easy, it is made from a variety of silver jewelry, tableware, coins, instruments, which add a bit of copper. Silver does not change color to a darker one on the air, but only on the clean air.
Silver is composed of many organisms, including the human body, animals and plants. Interesting fact: the trace element in plants comes from the soil in very small doses, and in the body of animals and humans through plant-based foods.
Silver has long been actively used in medicine. There was a tradition in Russia to give a dowry to the bride in the form of Cutlery made of silver. Thus not only emphasized the social status of the bride, but also cared about the well-being of members of the newly established family. And this tradition is justified: it has long been known that silver can destroy the bacteria, so eating with silver Cutlery is very useful.
Well-known nowadays astringent, antibacterial and cauterizing properties of silver. Has this metal and ability to disinfect. In the old days water was decontaminated using silver coins or spoons, which were immersed in water. Now the water is disinfected by electrolysis, using a special apparatus with silver electrodes.
Used silver and pharmacology. Manufactured drugs with the use of silver, for example, protargol, collargol, silver nitrate. Also is bactericidal paper that needs to be applied on burns, abrasions and other wounds.