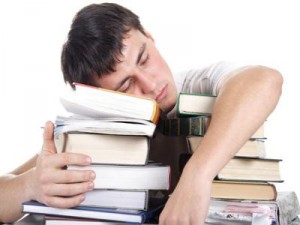 Gymnopedies experiences have always been difficult to conduct. The researcher must ensure that the test subjects actually fell asleep and still in a sleepy state at the time of study. The most carefully conducted experiments almost failed, not finding new ways of data assimilation. Of course, sleep is extremely important for memory and learning that has been repeatedly confirmed experimentally. However, to demonstrate the memorization of information at the time of sleep does not have anyone.
Recently, Israeli scientists decided to experiment on the conditions of human dreams. They used sound effects, combined with certain smells. Soon, the test subjects began to respond to sound signals, as well as the smell. Combining these stimuli together gave a number of advantages. For example, deep sleep (because some odors are a factor in this). Also the smell is a unique non-verbal marker of assimilation of information, as it seeks a standard reflex retraction of the nose air. Scientists have found that under the influence of odors during sleep, the brain is more active than when awake. If they were surrounded by a pleasant fragrance, experimental inhaled deeply, as if the scent was unpleasant, respiratory rate decreased. Although this relationship seems simple, but it involves higher brain centers, including the hippocampus, responsible for memory.
The experiments were conducted on volunteers, under the constant supervision of scientists. If the observed awoke, his results were excluded from the final data. Scientists were able to quickly form associations between experimental music and smells. In the end, the test subjects reacted to the sound, without smell. Under the influence of musical sounds associated with pleasant scents, breathing became more frequent. After waking up these reflexes are preserved.
The researchers tried to find out the relationship of night training and a particular phase of sleep. It was noticed that most clearly occurs in response to the fast phase of sleep, and the reflexes are preserved better in the slow phase of sleep.