Sterile cleanliness in the house: so if you need it? 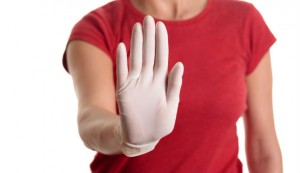 Many modern women, seeing TV commercials, film or TV series a housewife, which even under the rim of the toilet sterile cleanliness, begin to reproach myself that not so carefully monitor the cleanliness at home, as it shows a television screen. But should we blame ourselves for that in your home every day not conducted a thorough disinfection? Do not argue, cleanliness is the key to health and should I use the services of a cleaning company, but a growing number of modern scholars argue that this statement is not very true.
Many of us have heard about cases when the inhabitants of the country had moved into the city and gradually began to wither away, and coming back in the village again became healthy.
Have there been any such cases in fact, we won’t argue. The main thing is that many scientists are beginning to say that it is sterile cleanliness in the home is often the cause of many diseases, not dirt. In recent times you can find apartments, similar to operating your sterile cleanliness. And many American Housewives cleaning becomes a major hobby, and children they seek to protect from even minimal contact with any bacteria. The result was not long in coming: more and more children are beginning to suffer from asthma, allergies, diabetes, arthritis and other dangerous diseases.
According to scientists, the immune system, which very rarely has to deal with bacteria, becomes excessively responsive to stimuli. Because of this, the immune system becomes very “soft” and can’t fight these infections.
Do not bring positive effects on health and hygienic antibacterial agents. Because our skin is both bad and good bacteria and antibacterial agents destroy them all indiscriminately.
Conclusion: people should be clean, but not sterile. And instead of all my free time spend by the rubbing of floors, better go take a walk – it’s so much better.