The choice of plastics with vesico-vaginal fistula

Surgical treatment of vesico-vaginal fistula,which develops as a result of improper management of deliveries and after some obstetric gynecological and unsuccessful operations to date is one of the most urgent problems in Urogynecology.

Despite the significant progress made thanks to the introduction of various operative techniques in plastic surgery of vesico-vaginal fistula, relapses are still frequent pattern, reaching up to 25-30%. 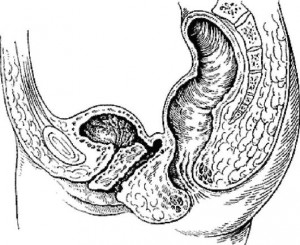 It is especially difficult to achieve success in the surgical treatment of patients with vesico-vaginal fistula in cases where previously was the subject of several plastic surgery with recurrent disease and subsequent development of scar-sclerotic process in the walls of the vagina and bladder, as well as with the localization of the fistula in the triangle Leto and in the area of the orifices of the ureters.

As you know, fistulography with vesico-vaginal fistulas are razvlekatelnym, transvesical, transabdominal or combined approaches. The choice of approach depends largely on topographic-anatomic features of vesico-vaginal fistula. With the localization of the fistula away from the mouths of the ureters without much Scarring around it, if not previously fistulography was performed, the most appropriate to use razvlekaelnye method.

If patients have had previous plastic surgery for the closure of vesico-vaginal fistula and with a pronounced scar-sclerotic process in the walls of the vagina and bladder, as well as in the localization of the fistula in the area of the orifices of the ureters, the method of choice is the transvesical access.

When pronounced deformation of the vagina, the highest fistula, accompanied by shrinkage of the bladder, is most appropriate to use for fistulography transabdominal access and more.