The countries with the healthiest populations 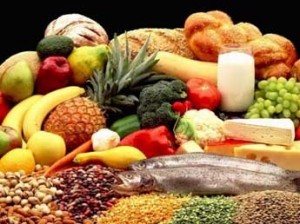 These wonderful people live to be ninety, and often up to hundreds of years. The causes of longevity lie, in addition to reverent attitude to personal health, and cultural features. This national way of living. Between countries with long-lived populations have much in common.
1. Iceland. Small Iceland is considered the least contaminated area of the world. In addition to a healthy atmosphere, the health of Icelanders is maintained by gymnastics. Icelanders do a lot of physical exercise for keeping fit against winter ailments. In the state the average life span of 74 years. And the lowest death rate of children.
2. Japan. According to who statistics, Japan is the 1st place among the countries where residents maintain health for the longest period of 74 years. This is achieved mainly due to the traditional Japanese cuisine. Japan is the largest world consumer of seafood, seaweed, green tea, soy. Traditionally, the Japanese are trying to refrain from overeating.
3. Sweden. National policy encourages active way of life. Swedes love to spend much time on the air. Beautiful nature of Sweden is very supportive. The diet includes many Swedes fish products. When cooking, they rarely use frying, preferring to cook, to make sour, smoked and dried foods.
4. Okinawa. This Japanese Prefecture requires special mention. This is the greatest factor in the number of centenarians who have reached one hundred years. These centenarians here we have 50 of every 100 thousand people. For the Okinawans typical daily activity, consumption of large quantities of greens, soybeans, lack of stress.
5. On the 5th place is New Zealand. Country like Iceland environmental cleanliness. The local population is physically active, loves fishing, tourism, consume a lot of seafood and vegetables.
6. Sardinia. There are a lot of long-livers. Sardinian men are shepherds, we walk a lot. Local specialities include whole grain tortillas, beans, tomatoes, herbs, goat cheese.