The results of antireflux surgery

Research follow up of children who underwent surgery using a carbon dioxide laser scalpel, showed that the intervention carried out in this way, less traumatic, proceed with easing pain, reducing the use of analgesics, narcotic drugs and antibacterial drugs.

The results of surgical correction tracked in a period of one year to 10-year time period. Control tests conducted in 50 patients subject to hospital and included, in addition to excretory urography, cystography and also x-ray cystogram-FIU with videomagician account, and since 1984 — Krupnikov cystourethrography on the domestic machine ROOM—20 M in the presence of electron-optical Converter. 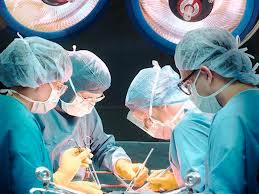 Good can be considered a medical result that achieved remission pyelonephritis, reflux was absent, upper urinary tract has not been altered. In case of satisfactory results pyuria was detected in the quantitative counting of leukocytes, diagnosed with intermittent reflux to the lower third of the ureter.

When the unsatisfactory outcome of reflux was maintained on the side of surgery or arose on the opposite side of the operation, it was noted pyuria and moderate dilatation of the upper urinary tract. The results of antireflux operations are reflected in scientific works. According to reports, the use of methods of tunnelization Politano — Leadbetter, Cohen, modification clinic in 94 cases leads to the elimination of reflux, promotes relatively stable remission of pyelonephritis or a significant reduction of relapses, prevent shrinkage of the parenchyma, creates more favorable conditions for the growth of the kidneys.

The use of carbon dioxide laser scalpel for the implementation of plastic surgery on the ureter improves quality, outcomes, reduces the cost of treatment.