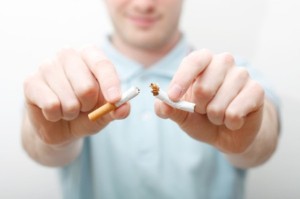 Perhaps someone benefits to mankind smoked, drank alcohol and kill themselves by all possible means. The question, of course, rhetorical. Profitable, very profitable and we even know anyone. If all mankind without exception sought to the healthy way of life and the world, the planet Earth would not have withstood such overpopulation and the consequences could be catastrophic.

But this article isn’t lighting plans for world government, and a small informational assistance to quit Smoking. Even not for everyone, but those who really smokes. For all smoke differently. Someone smokes a day for three packs of cigarettes, getting up several times at night to smoke, waking up with a cigarette in his mouth, Smoking behind a Desk for lunch. One word holding a cigarette in his mouth. And someone smokes “with astatke” a couple of light Sigareta evening when this terribly stricken by remorse. Now, our words mainly for first. The latter can calm down and not to consider themselves smokers. They without any special papers can quit at any time.
The first are divided into Smoking cessation and mahovlich on by hand. Type, will smoke, whatever it was over. And to end with it can at any moment, and hardly a good thing. Those who wish to quit Smoking, in turn, are also divided into those who use well-known methods and methods and those who invent their own ways. First reading various books type of Allen Carr, go to hypnotists and wise old drinking questionable pills and glue nicotine patches. The second more inventive and do not walk the beaten paths. Inspired by the sense of exclusivity, they come up with elaborate rituals , complicating the procedure area. For example, moving from the usual cigarette Smoking tubes. Buy several and preferably at a higher price. They had a bunch of all Smoking stuff: pipe tobacco, premium grinder for this tobacco, all kinds of covers and brushes. In a word, turned Smoking is not an ordinary action, and in a ritual that requires time and place. Gradually zeal fades out, patience is running out, and the man returned with renewed vigor to cigarettes. Or in rare cases quit forever. Others come up with for the execution of the entire codes of rules limiting the relationship of man and cigarettes: no Smoking in the car and at home, do not smoke when relatives not to smoke in the morning and at night and the like.
And rules, and tubes with grinders, and tablets with hypnotists and Alenamy the Karrs work. But with one important condition: the presence of a great desire, backed by no less than a strong will. And this is something most people lack. You can hire a hypnotist to buy premium grinder with tubes, be read three times book Allen Carr, but you cannot buy willpower. This is the main problem of wanting to quit.
Of course, there are also more reliable, even radical ways to quit Smoking, in which even the willpower and desire to fade into the background. But no normal person on their own on them is not. Except for those who really wants to quit. First, you might end up in the hospital with a serious diagnosis, directly or indirectly related to Smoking. With this diagnosis, in which at stake is life itself. In this case, the slightest hope of recovery, given your doctor will cause to reconsider my attitude to health. You will not only quit Smoking, but Jogging in the cold to run will begin barefoot.
The second method has shared with us a former Colonel in the KGB. Young smokers officers were taken on an excursion to the morgue for an autopsy of a man who smoked all their lives. No lectures, persuasion and exhortation was not required. Kind of easy, oozing black resin through the fingers of the pathologist, replaced it all. Someone fainted right there, someone ran out on the porch, twisting stomach inside out. After the hike there was a long pause. Smoke nobody suggested. Never offered!
Well, the third method of discharge “wedge wedge wikibedia”. Gather the courage to smoke it for an hour four packs of cigarettes stronger. If I do not die from carbon monoxide poisoning, then quit with a probability of 99.99%. Tested on humans repeatedly.
But the best way to quit Smoking is not to start Smoking at all! And this is the fourth way.