What to do with waste plastics? 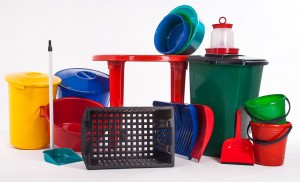 Plastics called chemical products, which consists of a long chain, high molecular weight polymers. Every year the world produces about one hundred and thirty tons of plastics, and their number gradually increases. The wide distribution of this material due to its cost effectiveness, ease and defined functional properties.

There are approximately 150 species of plastics, about one-third of them are compounds of various polymers. To improve the properties of these polymers, they are added to various chemical additives, some of which are toxic materials. For example, the stabilizers that protect the plastic from high temperatures or sunlight, lubricants, dyes, flame retardants, antistatics, and so forth.
Now, when the security of the planet under threat, people begin to think about the looming threat of pollution, and businessmen provide such services as buying waste from the production of plastics. Plastic is used for many purposes, including for the production of food packaging. Such packaging is used only once and then simply thrown away. Also released such things as housing washing machines, televisions, computers, refrigerators and other household appliances, resulting in a third of all household waste is the plastic.
Until recently, such waste is simply burned to produce electrical and thermal energy, but it had no positive impact on the environment, despite the use of modern filters.
The best option is the collection of solid waste and putting them in points of reception of recyclable materials or special services. It is worth noting that in such places accept solid waste cleaned from the remnants of food, beverages and dirt. Let us take care of our planet together!