Why orthodontics is so important? 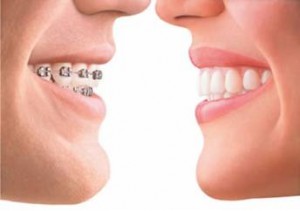 The orthodontics is the area of dentistry that deals with the prevention of disorders of teeth and correction of malocclusion.

Malocclusion occurs in almost half of the population of Russia, in 37%of cases of malocclusion requires a special orthodontic care. Whether to resort to the orthodontic correction of teeth or not this is an issue which is not so clearly. Some malocclusion only spoil smile, without making any functional disorders, so a strict indication for getting rid of this problem there.
First, in our time, ugly and crooked teeth can cause the impossibility of movement up the career ladder, which was not the case a couple of decades ago. People with crooked teeth is perceived by the rest of society with some degree of inferiority. Moreover, a person who is aware of, can receive double complexes, in the fellowship with new people will become impossible for him. Appears to focus on their problem, and very foreign feel the relationship of man to himself.
Second – there are quite good reasons to go to the orthodontist, is related to the following reasons with the anatomy of the face and jaw area. Correct bite and not for nothing was created by nature, as chewing load should be distributed evenly. And when the malocclusion certain teeth and perform its function, and the function of the teeth in the wrong position, which excludes them from the process of chewing. The result of this uneven load leads to an increased risk of developing tooth decay and early loss of teeth and further prosthetics.
Also a common problem when disturbed bite is a high level of abrasion of the teeth, the development of disease in the temporomandibular joint, periodontitis, and so forth.
Third – malocclusion can cause diseases of the gastrointestinal digestive system, as the bite control key functions such as chewing and swallowing.
When to start orthodontic treatment?
A couple of decades ago it was believed that the bite can be corrected only during the formation of tooth and jaw system, that is, in childhood and adolescence. However, modern orthodontics “armed” such constructions, which give the opportunity to correct the bite as in young children and in adult patients.