Scientists have found the true problem of logopedie 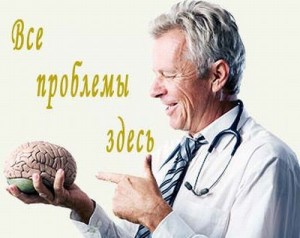 A new survey has shown that some children who have speech impairments, less gray matter in the brain than in normal children, who are responsible for it.
The results of the study to some extent can help to understand the structure of our brain and the part which is responsible for speech, as well as to explore the factors that contribute to the emergence of speech disorders. Through this study, it is possible to develop a method of treatment not only for adults but also children who suffer from logopedia.
Studies that were earlier results showed that there are some differences in the structure of the brain in people who have impaired speech and do not have. All the participants who took part in the study were on MRI brain scans.
But the disadvantage and problem previous research and experiments is that the study involved only adults, so the reason why there is a reduction of gray matter in the brain, it is almost impossible to learn.
Derik Bil, who is a Professor at the University of Alberta, engaged in the study of pathologies of speech and its problems. He believes that you can never know for certain disorders of the brain are congenital or acquired with age.
He for his study used 30 children, at this age they ranged from five to twelve years. After scanning the brain, most children have a speech disorder, and the rest is not.
To determine the amount of gray matter in the brain used morphometry voice.
Scientists have found the true problem of logopedie
Researchers have found that children who had logopedia, gray matter was lower in areas of the brain responsible for speech than in healthy children.
The part was less gray matter – inferior frontal gyrus. It is the center that controls the perception of information, and is recidivating center.
Currently, scientists are developing a large number of tests that will help to identify the role of gray matter in the correctness of the formation of speech. Such tests can help to treat the speech disorder at an early age.
Dr. Bill thinks, if can find out more about motor functions of the brain responsible for speech, you can build a proper method of treatment and this will speed up the process of getting rid of logopedia.
Many preschoolers have a stutter, but after a while it goes. But many studies have shown that the expectation of the period, when there is no pause during speech, can damage a child’s psyche and conflicts in society.